What Elsas Knew In A Peril

“Ildiko Nemeth’s staging of What Elsas Knew in a Peril brings out the best in the script humor and madness.”

What Elsas Knew In a Peril is an kaleidoscopic new theatrical piece written by Brandon Olson and directed by Ildiko Nemeth. The show dramatizes the relationships and tribulations of Cookie, naïve and troubled transgender sex worker. Arriving starry-eyed in the big city, Cookie meets and is taken advantage of by the lustful Emperor as the world around him crumbles from a devastating scourge. The play’s dramatis personae are inspired by the visual vocabulary of Dada and embodied by a lively ensemble of human actors, dolls, and inanimate objects. A who’s who of 20th century fashion and art luminaries, including an army of Elsas (including designer Schiaparelli and journalist Klensch), conspire around Cookie and the play’s title is a double entendre: “What Else is New in Apparel?” is the question that most concerns the vain and power-drunk Emperor; it refers also to the talismanic nature of the Elsas brought to life in plague time, amid a wild array of imagined characters from the past, present and future. The story has elements of a parable, creatively expressing the impact of the AIDS crisis on queer communities. With its scope and playfulness, however, it is much more than a simple allegory. Through Cookie’s struggles, consolations, and redemptions, the play presents the powers of human imagination and human tenderness as the most humble form of salvation, as well as the ultimate one.

*These Actors are appearing courtesy of Actors’ Equity Association.
Photos by Lee Wexler/Images for Innovation, and Steven Menendez 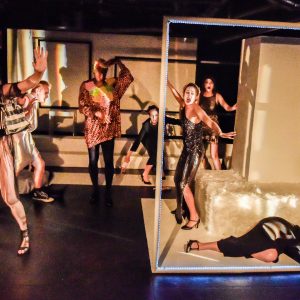 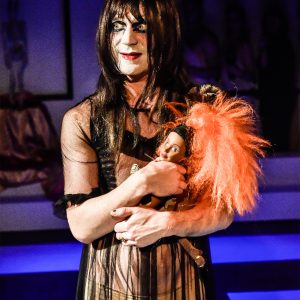 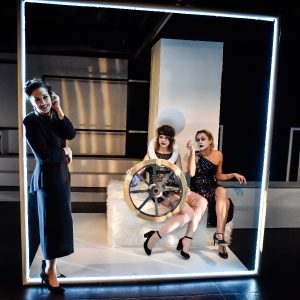 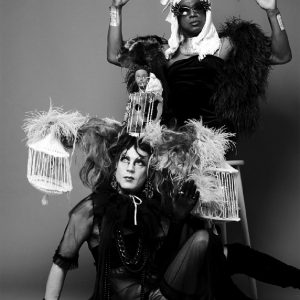 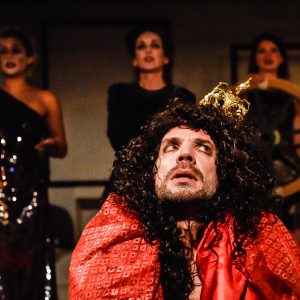 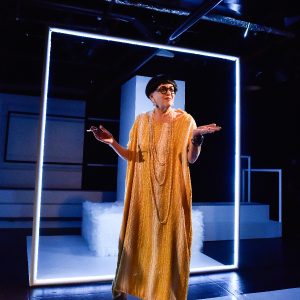 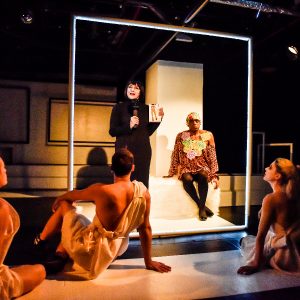 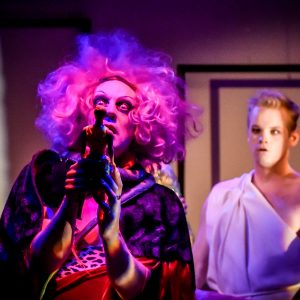 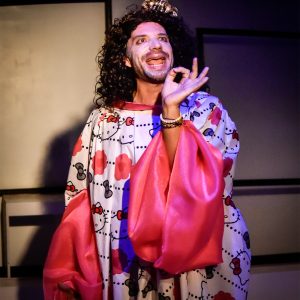 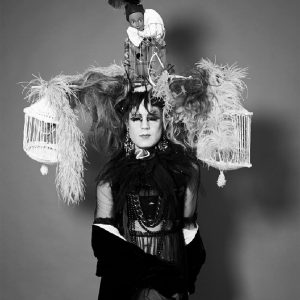 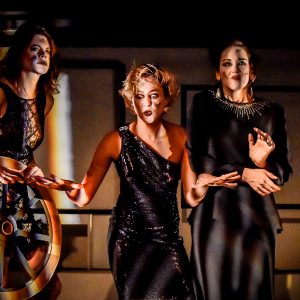 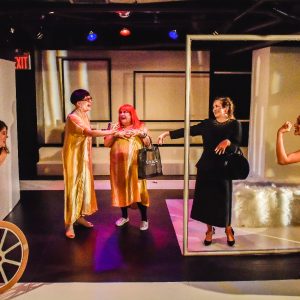