Oh, Those Beautiful Weimar Girls! was inspired by “The Seven Addictions and Five Professions of Anita Berber” by Berber’s principal biographer, Mel Gordon, which dubs her “Weimar Berlin’s Priestess of Depravity.”

Berber represented an artistic generation that defied any and all restraints. The wild hedonism and frenetic theatrics of her early post-World War I years seemed to parallel Germany’s descent into communal madness. Depicted in provocative photographs, paintings and drawings, she exuded the sensual complexities of modern female desire. More than 80 years later, these images remain edgy, even startling.

In many ways, Weimar was like a demented party mounted before a death sentence. With the devastation of the Great War fresh in their minds and the specter of worse catastrophes looming over their future, Weimaraners were desperate to escape the realities of their time. They pursued glamour compulsively, as though excess might grant liberation. Jerry Stahl put it this way: “Even as Death, smiling like a sadistic Domina, lowers her high-heeled boot on your face, you can smile, and grind, and know that, for one tragic and ecstatic moment, release is yours. And you can forget about the obliteration to come … The Girls of Weimar Berlin could make anybody forget.” In a chaotic world where human life had no value, this release represented both protest and surrender. 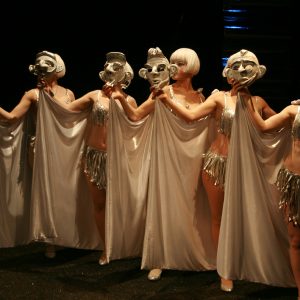 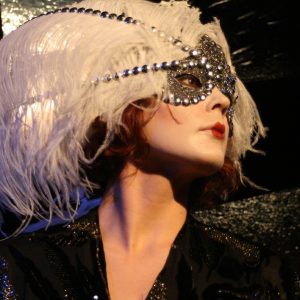 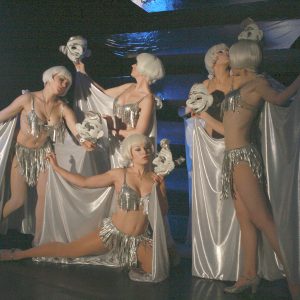 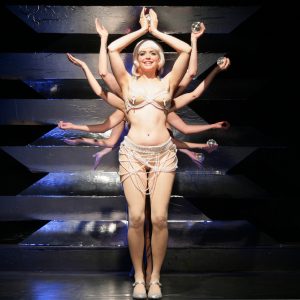 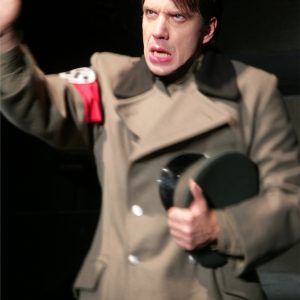 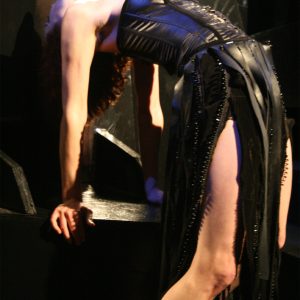 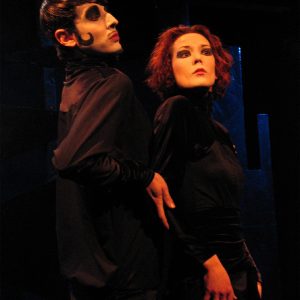