April - May, 2018 | New Stage Performance Space Based on the novel by Elfried Jelinek Translated by Gitta Honegger Directed by Ildiko Nemeth

“Ildiko Nemeth’s direction on this intimate stage is full of upfront and in your face blocking and action. I was almost ready to shout ‘Liar!’ as one of the actors told his version of the events.”

Rechnitz examines the silence around a historical event of mind-boggling evil. In the spring of 1945, with the Russian army only a few miles away, Countess Margit von Battyany hosted a party at her castle in the Austrian town of Rechnitz, near the Hungarian border. Aristocrats mixed with SS officers in a night of crazed drinking and debauchery. At the height of the orgiastic celebrations, 15 of the more senior guests were invited to a barn on the property where almost 200 Jewish prisoners, half-starved and exhausted from forced labor, were held; there, the drunken guests opened fire. After the war, talk of the massacre was buried along with victims’ bodies. Local residents refused to cooperate with an investigation; one witness was murdered and another died under suspicious circumstances.

Rechnitz delves bravely into the horrifying psychology behind the massacre and its cover-up. Jelinek focuses especially on complicity, laying bare the strategies humans use to diffuse staggering guilt, and the ways in which these strategies can turn the moral compass of an entire society berserk. Her text comprises reports from “messengers”:aristocrats, officers, and servants, all witness-participants locked in a desperate effort to escape the truth of what has happened through denial, obfuscation, flight, or any other means.

VIDEO DESIGN AND EDITING BY

ORIGINAL ARTWORK FOR VIDEO BY

*These Actors are appearing courtesy of Actors’ Equity Association.
Photos by Lee Wexler/Images for Innovation and Charlie Williams 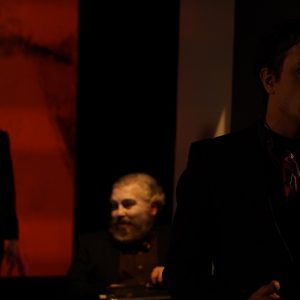 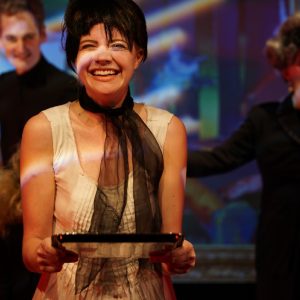 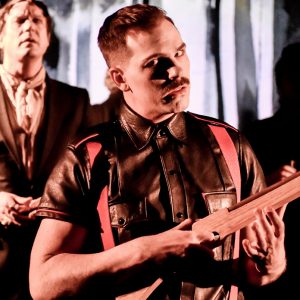 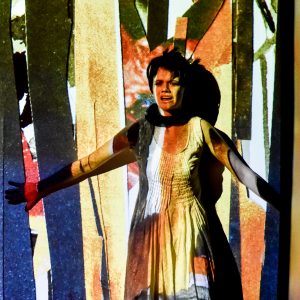 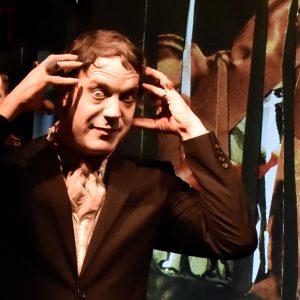 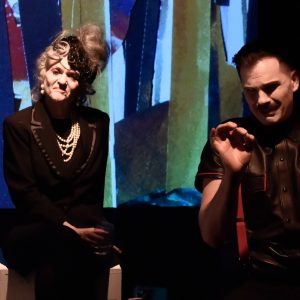 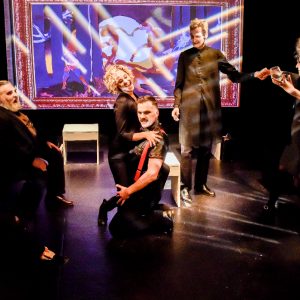 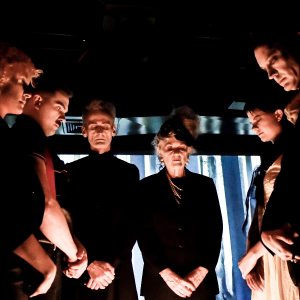 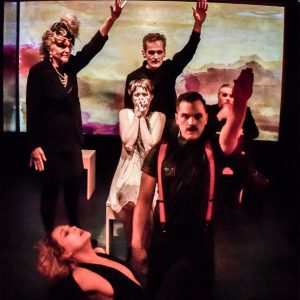