April - May, 2015 | Theater for the New City Written by Charles L. Mee Created and Directed by Ildiko Nemeth

“An impressive multi-media feast of talk, music, movement, and film.”

Night (Thyestes 2.0), is a movement theatre piece inspired by and containing sections of the classic tale Thyestes by Seneca. Says writer Charles L. Mee, “It is all nightmare and despair and darkness.” Such is the typical fare of ancients, but in a whirlwind of vivid scenes, Mee bridges the torture, murder and cannibalism dogging ill-fated Tantalus to modern plagues frightening and banal, from war crimes to YouTube vapidity. In this world premiere performance, The New Stage Theatre Company brings its bold mix of standout choreography, video projection, costuming, lighting and sound to Mee’s rhapsodic vision, resulting in a night of wonderfully disorienting theatre.

Ildiko Nemeth in collaboration with the cast 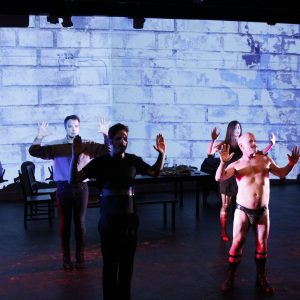 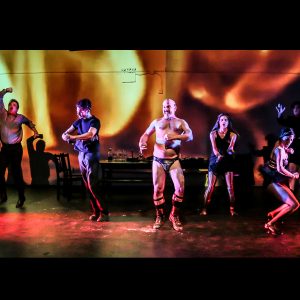 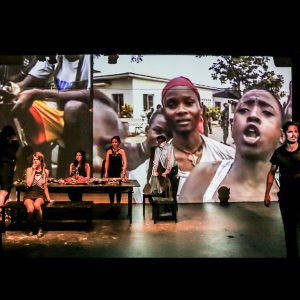 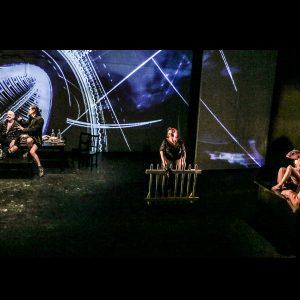 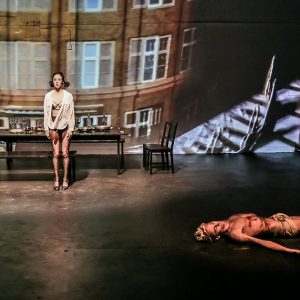 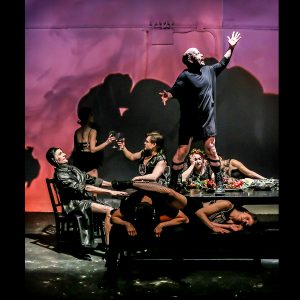 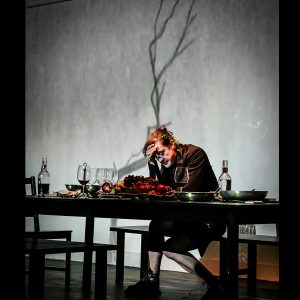 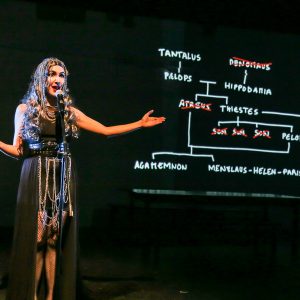