March - April, 2014 | Dixon Place Based on the novel by Italo Calvino Created and Directed by Ildiko Nemeth

The New Stage Theatre Company presents Cosmicomics, an original multimedia theatre piece, based on the novel of the same title by Italo Calvino. This world premier stage adaptation comprises a series of captivating stories in which mathematical formulae and cellular structures take on human qualities to recall the evolution of the universe.

Though the characters are non-human and the stories are based on scientific concepts, they convey the very essence of our human experience. By intertwining stories of galactic and personal transformations, we are taken across oceans and galaxies, time and space, to find that ultimately the power of desire and the reach for the unattainable are driving forces behind evolutionary and artistic creation.

We recognize fundamentally human experiences in these whimsical, passionate tales: obsession, neurosis, love and transformation, played out against an exquisite cosmic backdrop.

CREATED, DIRECTED AND DESIGNED BY 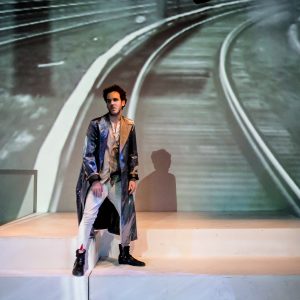 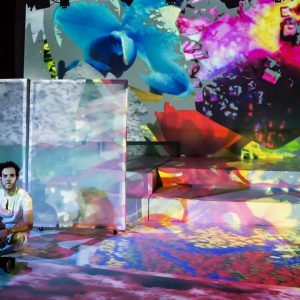 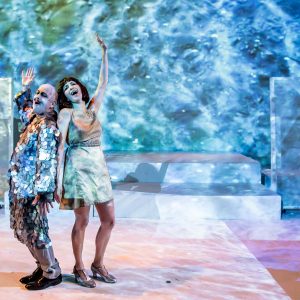 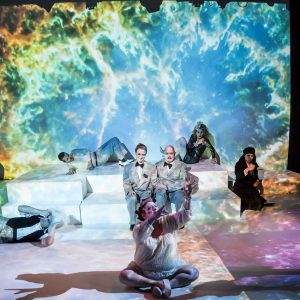